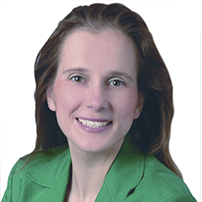 Claudia Gaertner, PhD, studied chemistry and biology at the university of Duesseldorf, Germany. She obtained her PhD in biochemistry and became involved with microtechnologies at the Institute of Microtechnology Mainz (IMM). In 1999 she took over the position of the director of the newly founded Application Center for Microtechnology Jena, Germany (amt) where she built up the technological infrastructure for the realization of micro components and established microfluidics as a research area. In 2002 she was nominated for the German Founders Prize and decorated with the Thuringian award for the best business concept for microfluidic ChipShop. For microfluidic ChipShop she acquired 2003 Mildendo a microfluidic company that focuses on polymer microfabrication. In March 2006 Dr. Gaertner moved from the amt to microfluidic ChipShop where she was named CEO and also took over this duty for Mildendo. She leads a wide variety of research projects for the development of lab-on-a-chip systems for life science applications and respective novel fabrication technologies. She is member of the supervisory board of the trade fair Erfurt and member of the advisory board of the German Museum in Munich. In 2014 she was awarded with the Emily-Röbling-Prize for female entrepreneurship.