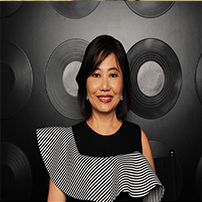 Christina is the Founder and Chief Community Builder of Startup Asia Women Community established to provide resource and support to women running / working at / planning to start startups. Christina is also the founder of Want Things Done, a startup created Nov 2017.

Christina Teo is an experienced consultant, trainer and coach with solid senior executive management experience. Christina brings with her more than 25 years of business, marketing and human development in the IT, Internet, mobile, fashion and skincare industry. She has extensive track record in developing regional strategies and tracking market developments, with a deep understanding of B2C and B2B segments across a wide range of industries. Consulting for UK-based BrandLearning (recently acquired by Accenture), she engages with large corporates in consumer and pharmaceuticals to facilitate building in-house marketing capabilities. As a licensed Master Practitioner, she conducts training workshops in leadership excellence, negotiation, and sales/marketing using Neuro-Linguistic programming (NLP) and Everything DiSC tools. In the last two years, she has been deeply involved in mentoring start-ups.

Christina’s last corporate portfolio was as the Chief Marketing Officer of Hong Kong’s 2nd largest mobile service provider, CSL Limited, leading a team of 90 and directly accountable for selected consumer businesses contributing to 40% of the company’s total revenue – namely the devices and pre-paid business and directly responsible for pricing and marketing of all consumer products and services as well as supporting the marketing of B2B corporate services.

Christina also had her share of entrepreneurship when she started Evoke Asia out of Singapore. Evoke Asia represented the PDA phone segment of BenQ in Singapore, Malaysia, Philippines and Indonesia. Evoke Asia also sourced phones for an Israeli company, Emblaze with operations in Europe selling to European mobile operators.

Christina single-handedly pioneered the launch of O2 smart devices as the Vice President, Asia for O2, launching the first windows-based smartphone in the world. Additionally Christina held the portfolio of managing the roadmap of data-centric and applications for O2 devices (ODM from HTC), channel and partnership strategy, pricing, sales and marketing AND after sales service for the devices across Asia Pacific including India. Christina had been with O2 since the birth of the brand resulting from the spinoff of British Telecoms wireless business, taking the business from zero to US$300 million.
Christina joined O2 from Yahoo! Singapore where she was the first General Manager and spokesperson, responsible for the operations, business development, sales and marketing for both Singapore and South East Asia. Working in Hong Kong previously with 3Com, she was the Personal Connectivity Product Marketing and Consumer Marketing Director for Asia Pacific. In this role, she was responsible for the development and implementation of product marketing strategies for both analogue and broadband Internet access products.

Prior to joining 3Com, Christina has had extensive marketing and management roles for Digital Equipment, IBM and Acer spanning Asia, Latin America, Middle East and Europe. At Digital Equipment, Christina was the Strategic Marketing Director for Asia Pacific based in Hong Kong and was part of the core team that integrated both the Digital and Compaq operations when Compaq acquired Digital.

Christina was appointed Marketing Manager for IBM Direct ASEAN/South Asia where she pioneered IBM Direct, the new direct marketing initiative of IBM, building a team of 30 as part of a bigger team of 150 under that initiative. Prior to her tenure at IBM, Christina worked seven years for Acer. These included stints for Sales and Marketing for Asia Pacific, Latin America and Middle East headquartered in Taipei. Christina moved to Paris as European Marketing Director for two years and spent a further two years as General Manager of Acer Italy. She was instrumental in turning around the Acer Italy operations into a profitable one within several months, doubling revenues within 2 years.

Christina began her career with IDC Asia in 1987 setting up their office in Singapore and was heavily involved in research in Singapore, Malaysia and Taiwan IT markets, upon graduation from the University of Singapore, with a major in Economics and Sociology and pursued the Masters in Psychology program with NYU in her 40s. Christina is fluent in English, Mandarin and Cantonese. Christina is well-travelled, global and cultural savvy with a strong business and marketing acumen and currently much abreast the startup scene.