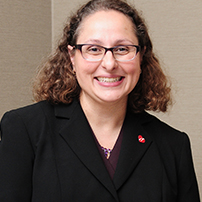 Christina Ruggiero is Chief Executive Officer of Hindustan Coca-Cola Beverages (HCCB) Pvt. Ltd and works out of the Company’s headquarters in Bangalore, India.
HCCB is one of India’s largest Fast Moving Consumer Goods Company (FMCG) and the largest bottling partner of The Coca-Cola Company in India. HCCB is a part of The Coca-Cola Company’s Bottling Investments Group (BIG) and responsible for the manufacture, package, sale and distribution of beverages under the trademarks of The Coca-Cola Company.
Prior to her taking over the current assignment, she served as Chief Procurement Officer for the Coca-Cola System within North America, and President and CEO for Coca-Cola Bottlers’ Sales & Services, LLC (CCBSS) – an organization that aggregated and optimized supplier and customer-related activities for the U.S. bottling franchise network.
Christina has also served as the Vice President, Procurement, for Diageo plc. She led procurement and supply chain teams globally, including teams in the United States, Africa, Europe, and Russia. While at Diageo, Christina was honored by DiversityPlus Magazine as one of their “2012 Top 25 Women in Power Impacting Diversity” for driving diversity both internally and externally.
She holds a Masters of Management (University of Huddersfield, UK) and a Bachelor of Science in Information Sciences (Marymount College), where she graduated Summa Cum Laude, Valedictorian. She has also attended the Coca-Cola Leadership Program at Harvard Business School. In addition, Christina is a veteran of the U.S. Navy where she was a cryptologist for the National Security Agency.