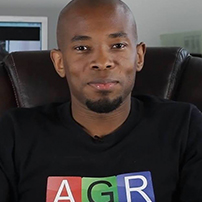 Chris Murray is an award-winning online TV producer and company Director of AGR Video Production based in London. He is also the CEO of StandOut Online TV, an award-winning platform created to give new and established speakers a forum to develop their media presence and speaking careers. Chris and his company AGR are based at the world-renowned Ravensbourne Film & Television University opposite the world famous O2 Arena. Chris has a strong media presence and is passionate about putting a magnifying glass on other people’s greatest with his media. He has worked with the likes of UK Channel 4, The UK Football Association (The FA) and has filmed and interviewed many business leaders and TV personalities including The BBC’s former Dragon’s Den star Piers Linney and British actors like Ricky Gervais. Chris offers businesses the opportunity to add high-quality media to their marketing efforts to help them engage better with existing clients and attract new ones.