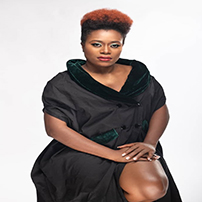 Chioma is a Nigerian media and entertainment expert with a culmnative of 15 years experience producing content and managing media,
Her acquired knowledge and experience spans business strstegy, planning and execution; with a firm foot in television production, radio production, presenting and directing.
Her career in television production started off with Happy Face Entertainment, where she for 2 years produced the leading children show on the Nigerian television network; KKB show. She then moved on to one of Nigeria’s largest network Silverbird television where she worked for 8years as a producer and presenter.
There she produced and presented the station’s flagship children show and wedding show – Twinkles and Newly Weds.
She was also the producer and presenter of the widely watched MBGN Diary. As an assistant pageant manager for Nigeria’s most prestigious beauty pageant ( MBGN) she was a key member in the planning and execution of the pagent that produced the first African Miss World.
A 2 time host of the prestigious Most Beautiful Girl in Nigeria beauty pageant (MBGN) and a one time host of Mr Nigeria pageant the only pageant that represents Nigeria at Mr world. She was also the host of Nestle’s Maggi Star Kitchen family show which ran on all major television networks across Nigeria.
Event compare, TV host, public speaker and mentor to many young people, Chioma’s passion for the media and entertainment industry remains her strongest driving force. This she examplified whilst working tirelessly for 2years to set up the PGK brand, which is fast becoming Nigeria’s foremost media and entertainment company; with it’s affiliate platforms – priority TV, radio and PGK studio already shaking the media space.
She is currently very passionate about mentoiring Young fresh entrants and setting up new Entertainment brands as a consultant.
With the ever so dynamic nature of this industry she constantly drives herself to innovate and break boundaries.
Chioma believes that with God all things are possible.