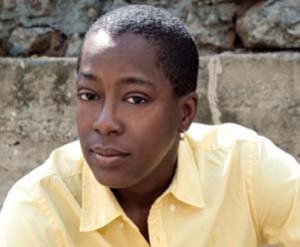 Cheryl Dunye is a native of Liberia, and holds an MFA from Rutgers University. She has made over 15 films that investigate the intersection of race, class and gender in the lives of queer women of color. Her fourth feature film, THE OWLS was celebrated at national and international film festivals. Her third feature film, Miramax’s MY BABY’S DADDY, was a U.S. box office success. Her second feature, HBO Films STRANGER INSIDE, garnered her an Independent Spirit award nomination for best director.
Dunye’s debut film, THE WATERMELON WOMAN, was awarded the Teddy Bear at the Berlin International Film Festival in 1997. Her other works have premiered at film festivals and museums worldwide. Dunye has received numerous awards and honors for her work. Presently based in Oakland, Dunye is an Assistant Professor in the Department of Cinema at San Francisco State University