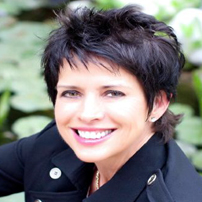 Cherie ’s background has deep roots and focus on “failure analysis ”, developing products and cutting edge technologies for IBM and NASA.
As an innovator Cherie knows how to truly rethink just about anything and everything you could possible imagine. Cherie will teach you how to throw out the box and rethink with no limits.
Cherie started her career in the field of Computer Engineering specializing in Research and Development for IBM in Burlington Vermont. As a manager, her area of focus also included Failure Analysis which determined chip reliability under stress testing before the product went to market.
She determined final discoveries and decision-making authority to release the product to manufacturing for cutting edge technologies for NASA. After her career with IBM, Cherie followed her passion of education and taught Physical Education for 14 years while raising their two children.
While teaching, Cherie proudly co-pioneered The First Tee National School Program which started with 48 students and has been instrumental in reaching over 10 million young people for The First Tee organization throughout the USA.
Cherie is the Founder and CEO of an Austin, Texas-based company that has won many Innovative Awards and has been nationally recognized. The name of her company is named Healincomfort, appropriately named because from personal experience it was the last thing that occurred.
Healincomfort is dedicated to helping women heal in comfort and dignity after mastectomy surgery in their battle against breast cancer with her patented and innovative post-operative garment. Cherie chose to bootstrap her business as a social experiment to learn if people still believed in a good product and whether it was possible to grow a business organically and by word of mouth.
Healincomfort recovery garment holds two US Patents and four US Trademarks and has 76 thousand Twitter followers. Healincomfort was first created to help 100 local Austin, Texas patients, which has turned into helping over 10,000 patients throughout the USA.
An Advisor and Certified National Trainer for NSP who is training Physical Education teachers across the United States to implement The First Tee National School Program and its 9 Core Values and 9 Healthy Habits.
Cherie also proudly serves on the board of The First Tee of Greater Austin, which provides a safe and educational place for children to get them off the streets and onto green grass and is often heard saying “we are more than a game! ”In her spare time (hah!), Cherie enjoys playing golf and riding BMW motorcycles such as her BMW S1000RR on COTA -Formula One track with her husband Adam.
She and her husband who is the Division Vice President for Waste Connections is a three- time Ironman and four-time Boston Marathon qualifier. Cherie and Adam have two amazing children, Ashley and Adam, who also live in Austin TX. Cherie and Adam have two rescue dogs, Abby and Bear. ”