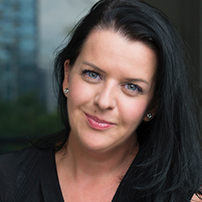 Having worked in Paris, New York and London she moved to Beijing in 2005 to work for one of the WPP companies post a local acquisition. She helped many international brands crack the China market using insight, innovation and strategy to deliver against brand challenges. In 2008 she was headhunted to run M&C Saatchi’s consulting business Clear, and to launch them in Asia ( HK and Singapore) – after 8 years as MD of the region and sitting on the global group board she left to found Hello Sister.
Clients she has worked with include – Unilever, Phillips, Pernod Ricard, Diageo, SAB Miller, Motorola, Pepsi Co, Mars. Fonterra, Standard Chartered, DBS, Citibank Gucci Group, John Lewis, Virgin, Suntory, New Look, UN Women, Mondelez, Disney, Nike, US Aid and Cartier Since founding Hello Sister, she has also worked with a number of Female centric and founded start-ups and initiatives such as Moxie Future, Next Chapter HK, Retykled, The Helper Documentary