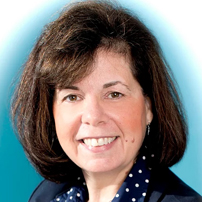 As an author, Charlene has developed a theory of Digital Supervision© to be used by parents, caregivers and professional allies. Her theory is comprised of three main features: awareness there is a problem, methods for adults to supervise children as they use digital devices, and hope – adults can provide greater child protection on digital devices. She also presents to children and youth using the Digital Supervision model related to their safe choices on the Internet. Charlene is considered a computer specialist and network manager. She has managed several computer networks (file server, proxy server and email server), the largest network having 250 computer workstations. Her book is available for purchase at all speaking venues as a resource to adults. Her theory of Digital Supervision is explained in detail in her book “Digital Sexual Victims: True Cases” published July 27, 2016. This book has been nominated for an international Award of Excellence by the Delta Kappa Gamma Society (sixteen + countries). A portion of the proceeds of her book is donated to Internet Sense First. Charlene is a global speaker and has presented her theory of Digital Supervision in Canada, the United States, Iceland, and Europe. She has presented on Parliament Hill in Ottawa to MP’s, Parliamentary Secretaries and other representatives of the Canadian Federal Government. Children are very vulnerable and being victimized daily on the Internet, online games and digital devices. Most adults lack an awareness of the profound responsibilities in providing a gateway to the Internet and digital devices to children. Charlene believes all adults should be practicing Digital Supervision for the protection of children and families. Providing a gateway to the Internet from homes and businesses has a far greater responsibility than most people realize.