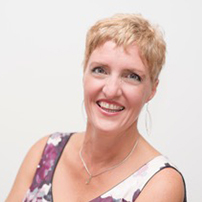 In 2016, Cathy Delhanty launched a new phase of her career as a professional speaker. She spent most of her career as an international business consultant, specializing in business development and growth in international telecommunications and aerospace. After years of honing advanced networking techniques as key a business advantage and watching others struggle with business networking, she has developed a networking process called The Networking Workshop.

Expecting to achieve Distinguished Toastmaster status at the end of this Toastmaster’s year, Cathy is the Area Director for District 59 C5. Concurrently, she is working on the Toastmasters Professional Speaker Accreditation. Cathy has a degree in Economics from the University of Western Ontario, Canada and a Graduate Diploma in Business and Technology from the University of New South Wales, Australia. Living in The Netherlands with her husband and two daughters, she volunteers at UNICEF and knits scarves for homeless people in her spare time.

The Networking MasterClass combines experience and know-how with university research to teach you to network with confidence and achieve your goals.

Are you making the most of the Toastmasters Networking opportunities? Do you have the knowledge and skills to make the most of your contacts? Will these contacts remain business cards stack in a pile on your desk?

– Networking Strategy to make sure that your networking efforts are working towards your business goals
- Increasing your Visibility to make your networking efforts easier and more efficient by being recognized by others
– Learn to Meet People in your own style and pace
– And build business relationships, because the goal is not to collect a pile of business cards, but to build a functioning business network.

The Networking MasterClass combines experience and know-how with university research to teach you to network with confidence and achieve your goals.