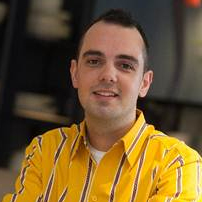 Cas Lachaert was born and grew up in the city of Ghent, Belgium.

He joined the IKEA family 10 years ago in a store in Brussels, Belgium. As a sales advisor, he worked with bedroom furniture. Realizing what IKEA has to offer, he took the chance to grow and become department responsible. In the same store later on, he became Sales Manager. Working with multiple projects and international colleagues, he decided to start his journey abroad.
In 2015, he took on a mission as facilitator for sales trainings for Inter IKEA Systems in Delft. In 2016, Cas moved to Paris Nord in France as a Deputy Store Manager. Mainly working with customer relations, business navigation and IKEA FOOD.
The unique opportunity to build a store from scratch, putting together a great team of motivated and down to earth people made Cas accept the challenge of leading the IKEA team as Store Manager for Pallady in Bucharest, Romania. Since January 2020 Cas is market leader for Slovenia.
What defines his motivation in IKEA is a mix of personal interest for home furnishing, the passion to work with people and the fact that IKEA allows co-workers to make mistakes along the way. He believes that doing business through people and focusing on their development is what makes the IKEA business grow.
The most important values for Cas are simplicity, leading by example and togetherness, principles that are also among IKEA’s most important.
It-s no wonder that his role model is Ingvar Kamprad, and often, in some difficult situations, he makes decision after wondering ”what Ingvar would have done in this situation”.
The most defining moment in his career so far was the first time he got a leadership role: as everything he loved and believed in, he could now share with a team. He encourages openness and inclusiveness and strongly believes that every individual can contribute to the team in his or her unique way. All these different contributions define the strengths of IKEA team, where there is no ”you” or ”me”, but only ”we”.