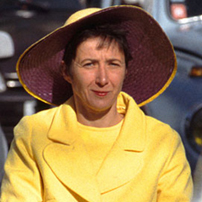 She is a physical and visual artist without borders. She navigates between contemporary art centers, theaters and dance festivals. She has performed in over fourty countries in the world.
She studied contemporary dance, mime technique Decroux, improvisation and visual arts in Winnipeg , Antwerpen , Montpellier and London
In all her creations with her five characters , she mixes genres, from plays to performance, from real to fiction, on social and humanistic questions.
Her character “Miss Yellow” an international feminist was created at the Royal National Theatre in London and she participated to the Women’s World March 2000.
She received the prize SACD Author of Space for Kristin in 2007, and the Grand Prix SACD in 2008.
Kristin partipated to Obama’s campaign in 2008 https://www.carolinea-artist.com/?owlabpfl=miss-kristin-performance-3
“Blanche” was created in partnership with the National Centre of Writing of Villeneuve les Avignon.
She received the writing award Beaumarchais SACD for “Blanche” in 2011.
She is working with her character Miss O’Range the photo-journalist journalist Raphael Helle on global warming.
Le grand dérèglement https://www.signatures-photographies.com/vitrine/fr/news/miss-orange-et-le-grand-dereglement A photograph of “Miss O’Range” in Dubai in 2014 is on the cover of Edgar Morin latest book “Ecologiser l’Homme “.