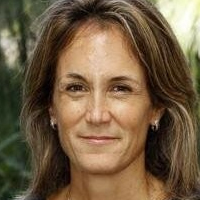 Director of Alliances of Pro Mujer Carmen is currently part of Pro Mujer’s alliance team. Pro Mujer is an organization committed to empowering women in Latin America with the tools and resources they need to break the cycle of poverty. From August 2015 to December 2016 Carmen was hired by the National Research and Innovation Agency (ANII) in Uruguay to design new financing instruments for enterprises and acted as Deputy to the Executive Secretary. The ANII is a government entity that promotes research and the application of new knowledge to the productive and social reality of the country. From January 2010 to May 2015 Carmen was responsible for Fundación AVINA Uruguay and led AVINA’s Impact Business team at a continental level. AVINA is a Foundation that supports sustainable development in Latin America, promoting alliances between social and business leaders. From 2005 to 2009 Carmen was the Executive Director of Endeavor Uruguay and from 2000 to 2004 she was the Operations Director of the organization. Endeavor is an international non-profit organization that supports high impact entrepreneurs. From 1999 to 2000 Carmen was the Administrative Manager of DeRemate.com in Uruguay, an online sales website. From 1992 to 1999 Carmen held various administrative positions at the Inter-American Development Bank (IDB) in Washington DC. From 1990 to 1992 he worked for the Organization of American States (OAS) in Uruguay. Carmen has a BS (Bachelor of Science) in Administration from National-Louis University in McLean, Virginia, has a Postgraduate Certificate in Management from Georgetown University, among other management development courses at John Hopkins University in Washington DC, USDA in Washington DC and ESADE in Uruguay. Carmen is married and has 3 children.