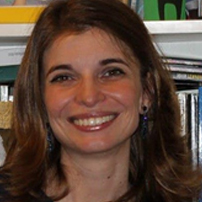 Carla Torre graduated in Pharmaceutical Sciences in 2004 at the Faculty of Pharmacy of the University of Lisbon (FFUL) and since 2006 has been a Post-Graduate in Pharmacy and Drug Law by the Faculty of Law of the University of Coimbra and since 2009, Master in Epidemiology, Faculty of Medicine, University of Porto. She is currently a PhD candidate in Pharmacoepidemiology at FFUL, and her thesis is “Intensive monitoring in Portugal – a pharmacy-based tool to assess medicines in real-life conditions. Antidiabetics as an example, “guided by Professor Ana Paula Martins of FFUL and Professor Dr. Hubert G. Leufkens of the Utrecht Institute for Pharmaceutical Sciences, Division of Pharmacoepidemiology and Clinical Pharmacology, Faculty of Science, Utrecht University, The Netherlands.
In 2015, he completed the Postgraduate Course in Pharmacoeconomics and in 2014/2015, the Postgraduate Course Basic, Intermediate and Advanced in Pharmacoepidemiology in the Department of Epidemiology of McGill University (Canada). In 2013, he completed the International Meyler Course in Pharmacovigilance (University of Groeningen, The Netherlands) and the Course on Introduction to Systematic Reviews and Meta-analyzes at the Center for Evidence-Based Medicine (CEMBE), Faculty of Medicine, University of Lisbon.
At the University of Utrecht, the Netherlands, concluded in 2011 and 2012, respectively, the courses of Pharmacoepidemiology and Drug Safety and Pharmaceutical Policy. In 2010, the Postgraduate Course on Updating of Applied Statistics for Clinical Research, at the Faculty of Medical Sciences of the Universidade Nova de Lisboa, in 2009, completed the Postgraduate Course on Updating in Advanced Pharmacoepidemiology at the FFUL and in 2007, the Course Design and Analysis of Complex Surveys and Randomized Trials, at the Abel Salazar Institute of Biomedical Sciences at the University of Porto. He also attended several scientific congresses and other short courses, national and international in the themes of Pharmacoepidemiology, Outcomes Research, Statistics and Clinical Trials.
Professionally in 2004, she joined the Associate Support Department of the National Association of Pharmacies, and in 2006, she was invited to the role of Advisor to the National Coordinator for HIV / AIDS Infection, Professor Dr. Henrique Barros, at the National Coordination for Infection HIV / AIDS, Ministry of Health.
In February 2009, she assumed the position of Manager of the Area of Pharmacoepidemiology of the Center for Studies and Evaluation in Health (CEFAR) of the ANF. Carla Torre represented CEFAR in the European Network of Pharmacoepidemiology and Pharmacovigilance Centers (ENCePP), headquartered at the European Medicines Agency, and ANF in the Health Sector Committee (CS09), headquartered at the Portuguese Quality Institute.
Since July 2016 she has been Secretary General of the Order of Pharmacists.
Since 2009, she has been invited to teach Pharmacopoeiology and Pharmacovigilance modules in different Postgraduate Courses or in the Integrated Masters taught by FFUL and FMUP, as well as other courses promoted by Medical or Scientific Societies. She is a co-supervisor of two Master theses (2nd cycle): “Predictive Models of the Relationship Between Antimicrobial Resistance and Antibiotic Consumption – An Ecological Approach” – MSc in Epidemiology at MLF, and “Contribution of CEM models to knowledge of the safety profile of antimalarial therapeutic combinations: a systematic review of prospective cohort studies “- Master in Regulation and Evaluation of Medication and Health Products in FFUL.
Since 2010, he has been a member of the Consultative Council of the Portuguese Group of Activists on HIV / AIDS Treatment Pedro Santos (GAT). He is also a member of the following scientific societies: International Society for Pharmacoepidemiology, Portuguese Epidemiology Association, European Young Epidemiologists (International Epidemiological Association) and Portuguese Society of Pharmacology and Clinical Pharmacy.
In its scientific activity, it has published 8 articles (Archives of Medicine (2009), Int J Drug Policy (2010), Portuguese Journal of General and Family Medicine (2013), Primary Care Diabetes (2015), Portuguese Journal of Pharmacotherapy (2015) , Observations (2016), BMC Public Health (2017) and BMC Health Serv Res (2017), 1 book chapter [Epidemiology – Current Perspectives on Research and Practice (2012)] and is co-author of the Program Procedures Manual of Syringe Exchange (Ministry of Health, 2010). Carla Torre made 7 oral communications in scientific congresses (3 in international congresses), 10 oral communications in congresses and scientific meetings by invitation (3 in international congresses) and has 28 posters presented at international congresses.
Lisbon, July 2017