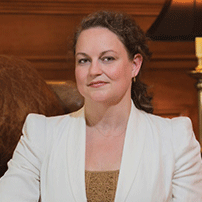 Bonnie is Co-Founder and Executive Director of the Security Partners’ Forum (SPF), the first-of-its-kind agile international network of security professionals, bridging all domains and disciplines of security. Under the SPF banner she created the Women in Security and Resilience Alliance (WISECRA – which engages a growing network of women in security and resilience associations/groups globally), and the Canadian Cybersecurity Alliance (CCA), which has since become the largest inter-association cyber initiative in history.

Since 2013 Bonnie has received 13 international and national-level awards and accolades related to security and resilience including most recently being appointed to the World Economic Forum’s Expert Network in Cybersecurity in 2017.

Bonnie’s other awards and accolades include:

• Recipient of the “Women of the Decade” Award – to be presented at the upcoming 2018 Women Economic Forum (WEF) in Birmingham UK, this coming June;

• Named to the highly prestigious Canadian Who’s Who for 2017 – a list of outstanding Canadians from business, academia, politics, sports, the arts, and sciences who have made significant contributions to life in Canada.

• Inducted into the International Women in Homeland Security and Emergency Management Hall of Fame (2014); and

• Named to Security Magazine’s “Most Influential in Security” list, which honors top international security professionals who positively impact the security industry, their organization, colleagues and peers.

As a result of her vast expertise in security, resilience and other related fields, Bonnie is regularly sought after as a speaker by numerous associations and conference bodies from across the globe including ASIS, ACAMS, AISA, and GTEC. Bonnie was a guest-lecturer at the National Security College in Canberra, Australia. Bonnie was recently selected to address Parliament and the Senate via the Open Caucus initiative where she spoke on the state of cyber security in Canada. Most recently, Bonnie was most recently invited to participate in the 2017 Halifax International Security Forum.

Bonnie also currently sits on a variety of committees, working groups and editorial boards, such as the following:

• All Ladies League (ALL) – Canada Chairperson for Security & Resilience; and

• Cybersecurity Journal – Henry Stuart Publications (member of the Editorial Board)

Bonnie’s educational achievements are numerous including the following:

• Master’s Degree in International Affairs from Carleton University;
• Bachelor’s Degree in Political Science from the University of Calgary;
• Graduate Certificate in Corporate Security Executive Leadership from the Burrill Green Business School (UK);
• Professional Certificate in Data Analysis for Executives from Columbia University;
• Advanced certificate in Strategic Planning & Leadership for security at the University of Georgetown (in partnership with the International Security Management Association (ISMA);
• Currently in the process of completing a Micro-Master’s program in International Law (equivalent to one-third of the LL.M. program) from the Université catholique de Louvain; and
• Has completed a variety of specialized courses though such institutions as Harvard University, MIT, Columbia University, University of Tokyo, ETH-Zürich, and UC Berkley.