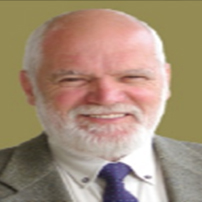 Visited Vietnam for the first time in 2000, but spent about a year there over several trips researching causes and effect of the wars there of 1946-1975.
The beauty of the country and its people, plus an understanding of the effects of war caused him to find 5 friends to help form a charity and help poor and disadvantaged people in more remote areas.
Formed Platypus in 2012, partnered with the Vietnam Womens Union (15 million members) and now helps the poor in Ha Giang and Quang Nam Provinces:
• 210 children supported through the school education process (70% ethnic minorities)
• Micro-banking through the Woman of the House
• Vocational training in a small way
• Occasional gifting of piglets to the Woman of the house
• Further education of exceptional students where possible, severely limit due to funding issues
• Commenced motorcycle fund-raising rides in Vietnam and Laos to broaden funding base
Career in business finance and administration, since retired. Have visited Vietnam about 30 times since 2000, enthusiasm undiminished.
Platypus retains control of funds: no money is disbursed via government organisations.