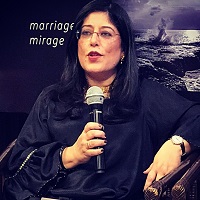 She have been working for the Embassy of Portugal for the past 20 years and have worked as Head of Ambassador´s Office with seven different Ambassadors. As head of Ambassador’s office my responsibilities include logistical support, liaison and public relations with all relevant Govt of India Ministries, agencies and other High commissions, all official notes and diplomatic correspondence with a subsequent follow-up with Ministry of External Affairs and other European Union Missions. She have coordinated logistics of many a VIP visit noteworthy being President Anibal Cavaco Silva (in 2007), Prime Minister Jose Socrates for EU-India Summit in December 2007 and ofcourse recent ones as well – visit of Portuguese PM Antonio Costa to India in 2017.
Having an educational background in French and Portuguese and my association with the Portuguese Embassy has given me ample opportunities to work as a teacher and translator of Portuguese language whenever the opportunity presented itself. Have done voice overs for documentary films made by Ministry of External Affairs Publicity Division.