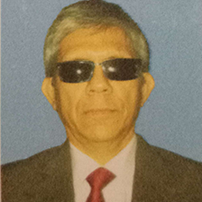 Mr. Bikash Kumar Das is a soft skills trainer and a motivational speaker. He was a part of State Bank of India’s trainning system for nearly 20 years, 10 of which were as a certified behavioural science (BS) trainer. Mr. Das joined the State Bank as a P.O. in early 1980 and retired from the bank as an Assistant General Manager last year after completing more than 37 years in service. During this time he was posted in various parts of the country and one stint abroad. He gained experience in operational areas and also in international banking.
Mr. Das was educated in Calcutta and Guwahati. Reading is a passion and his hobbies also include music. He was once actively involved in cricket having played for the Guwahati University team and still continues to be interested in the game and also other sports.
Mr. Das is currently invited to various forums for talking on subjects ranging from economic issues to stress management.
He is married with one daughter.