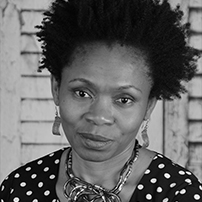 Bibi is co-founder and publishing director of one of Africa’s leading publishing houses, Cassava Republic Press www.cassavarepublic.biz. She has worked as a gender and research consultant in the public, private and development sector for the BBC, UN Women, ActionAid, eShekels, Central Bank of Nigeria, the European Union and others. She co-founded Tapestry Consulting, a boutique research and training company focused on gender, sexuality and transformational issues in Nigeria. She has a Ph.D in Women and Gender Studies from the University of Warwick and has lectured at varies universities. She has published many academic papers and regularly presents papers at academic conferences. She sits on the editorial board of a number of influential journals. Bibi is also a Yale World Fellow, a Desmond Tutu Fellow and a Frankfurt Book Fair Fellow and is the current board chair of The Initiative for Equal Rights, the largest LGBT organisation in West Africa. She was instrumental in the organisation’s new emphasis on culture as an important area of LGBT advocacy and rights activism in Nigeria. This has led to the production of a number of documentaries, feature length films involving partnership with key film-makers in Nollywood, a web series and two books (a second one to be published in 2019) on the life stories of queer Nigerian men and women.

Her publishing programme has been both ground-breaking and genre-setting: from the publication of the award-winning Nigerian food memoir, Longthroat Memoirs: Soups, Sex and Nigerian Taste Buds by Yemisi Aribisila to the publication of She Called Me Woman: Nigeria’s Queer Women Speak, the first book about and by queer Nigeria women, whose very existence could lead to a 10-year prison sentence for the publisher, writers and promoters of the book according to 2014 SSMPA law. Perhaps Bibi’s most radical innovation and intervention in publishing, especially in the Nigerian space is the subversion of a publishing model which accepted and expected that once a book is on the curriculum, the vast majority of sales would be fulfilled by piracy. Instead, she introduced a model whereby registration for university entrance examination would include the price of the book as part of the examination fee students had to pay. This singular act led to her company, Cassava Republic selling over 3million copies of In Dependence by Sarah Ladipo Manyika and over 2million copies of Last Days at Forcados High by A.H Mohammed. Without this model, a publisher can only expect to sell 50,000 – 100,000 copies, with the rest of the sales going to piracy. Ten years after starting Cassava Republic Press in Nigeria, Bibi setup a subsidiary in the UK 3years ago, making it the first African publishing house to bulk the trend.