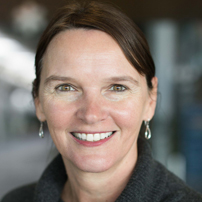 Dr. Dart served for seven years as the Associate Dean, Executive Degree Programs, leading the program design, international partnerships, and faculty selection for the Executive MBA and Global Executive MBA programs at the Rotman School of Management, University of Toronto. As Professor of Strategy at Rotman, Beatrix teaches Management Consulting and Strategy, in particular corporate strategy and the development of growth strategies for international companies, and has been awarded the “Teacher of the Year” award in 2017. She joined the Rotman School of Management in 2000 following a successful career with McKinsey & Co.

In addition to her very successful administrative and academic leadership, Beatrix has a strong entrepreneurial mindset, and has been responsible for many innovations at a program-level and beyond as part of driving change on gender and cultural diversity in Canada. In the public realm, she currently serves on advisory committees for ministries, co-chaired Canada’s first women-only trade mission to Japan, and is on the advisory board for UN Women in Canada. Furthermore, she was working with the provincial government of Ontario as chair of the Women in Business Steering Committee in 2016/17, as well as being the conference co-chair for “Gender Dividend in Family-owned Businesses in 2017.

Since 2008, Beatrix is the Executive Director Rotman’s Initiative for Women in Business, focusing on advancing women in management, for which she won the TIAW Global Award in 2010. She was also named “Top 25 Women of Influence” in 2013, and “WXN Canada’s Most Powerful Women: Top 100” in 2016. Further accomplishments include being a founding member and country lead of The 30% Club Canada, working with over 180 CEOs and board chairs as members supporting the campaign to advance women on boards and senior management roles. She also co-chairs the Canadian Gender and Good Governance Alliance, which she initiated in 2017. Additionally, she serves as a corporate director at EllisDon, one of Canada’s largest construction companies, and on a number of non-profit boards.