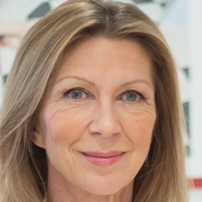 Barbara Stewart, CFA; is a researcher and writer on issues around women and finance, and released the sixth instalment of her Rich Thinking series on International Women’s Day in March of 2016. She is a currency expert and former portfolio manager with 25 years’ experience in the investment industry.
Barbara is a frequent keynote speaker at global events relating to women, money and financial literacy, participating in events across four continents. She speaks at both larger public conferences and at private corporate functions. In 2015 and 2016, Barbara will have spoken over 20 times to CFA societies across the globe as part of the CFA Institute Women in Investment Management Initiative.
Barbara is a frequent interview guest on TV, radio and print, both financial and general interest, as well as a former columnist for Postmedia newspapers in Canada. She is a contributor to the CFA Institute’s Enterprising Investor