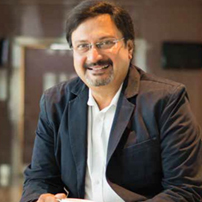 Mr. B. Venkataramana, Group President – HR of Landmark Group India has over three and half decades of experience in Human Resources. In his tenure of more than a decade with Landmark Group, he has been instrumental in creating a people-centric organisation that has been recognized as one of India’s Best Companies to Work For in Retail for 8 consecutive years by Great Place to Work Institute. The company has also been recognized as one of the Top 25 Companies to Work for in India by Business Today. He was previously the Senior Vice President – Human Resources in Reliance Retail Limited, where he played a vital role in building the HR team across the country, as well as formulate its polices. Prior to this, he headed Human Resources at Reliance BPO, Henkel India and Brigade Solutions. He is a Member of the CII National Committee on Special Abilities, Executive Committee Member, Retailers Association of India and Former Vice President of Bangalore Chapter for NHRD. He has also served as the former Chairman of HR Panel (Southern Region) for CII and the Regional Vice President (South) for Indian Society of Training & Development. He has won several awards for his service to the HR fraternity from leading publications and industry forums. He is on the advisory committee of several Management Institutes and enjoys sharing his knowledge gained over the years in industry forums, and especially with the younger generation.