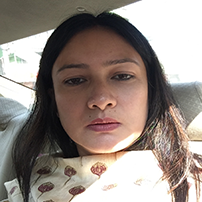 Atreyee Borooah Thekedath holds a Bachelors degree in Computer Engineering from Manipal Institute of Technology, Karnataka, India and a Masters Degree in Business Administration (MBA) from Central Queensland University, Australia.
After a brief stint at Hewlett Packard Pte Ltd. in Singapore, she quit to pursue entrepreneurship back home in India. Atreyee Borooah Thekedath is an entrepreneur in the IT sector and is the founder of Web.Com (India) Pvt. Ltd., one of Assam’s leading software development companies. Established in 1999, the company is a trusted partner to many large PSUs and government establishments in the region and abroad. Atreyee is an alumna of the prestigious Goldman Sachs 10,000 Women Program for Women Entrepreneurs. She was also one of 4 women from India nominated for the coveted Fortune/U.S. State Department Global Women’s Mentoring Partnership Program in the year 2012. She has been a National Council member of CII’s Young Indians for many years and has headed and successfully executed several projects. She has represented India twice in the G20 YES, first in Nice, France in November 2011 and then in Moscow in June 2013.She is an Independent Director at Balmer Lawrie, a Mini-Ratna-I Public Sector Enterprise under the Ministry of Petroleum & Natural Gas, Government of India.