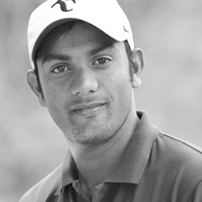 Ashwin Mocherla (age 27 years) is the Co-Founder of The ThickShake Factory – India’s 1st Premium ThickShake Brand along with M. Yeshwanth Nag. The ThickShake Factory has been a pioneer in the concept of specialty retailing of Shakes. Incepted in December 2013 in Hyderabad with a single store bootstrapped with a personal loan, TSF has steadily grown to 65 stores by end of year 4 and projected to be 75 by end of this fiscal year. In terms of revenues, the brand has been growing 400% Year on year. TSF’s plan for the future is to have over 500 stores in the next 3 years. TSF is currently present in 12 Indian cities and also in California, USA.
The brand has won several accolades and awards including
– Coca-Cola Golden Spoon Awards 2018: IMAGES Most Admired Startup of the Year
– Best Shakes, Indian Restaurant Congress 2016
– Best Shakes, Epicurus Telangana Tourism 2015, 2016, 2017
– Franchisor of the Year, Franchise India 2016
– Best Desserts, Mouthshut.com 2014
– The Times Nightlife Award 2015
– The Times Nightlife and Swiggy Award- Best Beverages 2018
– Telangana Brand Leadership Awards, CMO Asia 2017