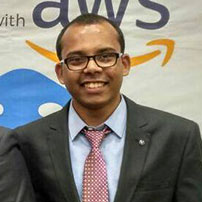 Heading a three-tier team consisting of 14 super coordinators , 200 coordinators , 50 volunteers across 8 verticals to conduct
70+ events and workshops during Shaastra with a footfall of more than 10,000 people
● One among the 23 core team member responsible for planning and organising the entire fest
● Streamlining the number of events, facilitating new events with higher incentives and revamping events to optimise through an
analysis of quality and quantity alongside handling a budget of INR 30 Lakhs
● Initiated a large scale event, Carbon Zero Challenge in collaboration with organisations and companies like, IWMA , US consulate
and virtusa polaris to reduce the carbon footprint
● Organised 23 workshops from students and professional attended by more than 2000 students
● Lead a brilliant team of 60 coordinators and 12 volunteers for a period of 4 months
● Developed a new revenue model by introducing workshops stamp and thereby creating an additional revenue of 16 Lakhs
● Handled a budget of 8 lakhs and dealt with a number of vendors in getting inventories
Workshops Coordinator , Shaastra 2016
● Organised and conducted 3 robotics workshop in shaastra participated by more than 7 00 students
● Taught robotics modules to engineering students Founder and CEO-Theeta (A food-tech startup pre-incubated at IIT Madras) Aug 2017-present .
● Building a competent team from scratch
● Heading prototyping and product management
● Building strategic marketing and business development plans