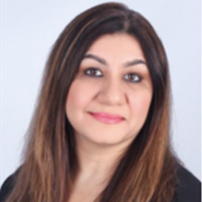 Anu Mehta is the pioneer and the First Master Trainer in a diagnostics tool called META-Health, Information technology called NES-health and Advanced Clearing Energetics, a therapeutic tool, created by Richard Flook. She is the only one who practices Information technology called NES-health and is integrating her work with knowledge of META-Health in India today. The Pro-Vision Nes- Health Scan she uses, helps her to find out the problems encountered by the human body and mind and thereby is able to help a wide spectrum of people, right from a two days old baby to a 90 years old. She also trains people in various emotion releasing techniques like Emotional Freedom Technique, Matrix Re-imprinting and Hypnotherapy. She is also trained in various other modalities like ‘Luscher Colour Diagnostics’ , Tarot cards, Angle cards, Lecher Antenna , Pendulum Dowsing and various others.She is an international speaker, who has spoken at the online international summit in [2013] addressing the topic of Sexual Abuse, she spoke at stages of Luxembourg [2014] on ‘How to integrate NES-Health and META-Health’ sharing her success story of a little girl who was able to walk due to integration of these two modalities. At UK [2014] she spoke on ‘My Healing Journey – Life after sexual abuse “ she was graced with standing ovation for her work. She has also produced a short movie on the sexual abuse called ‘ The Unheard Screams’ which was presented during this talk. In Hawaii-USA she spoke about two different topics like ‘No pain no Gain’ and also presented her research which was based on a city Ludhiana in north of India , where she found every fourth woman having breast cancer, uterus cancer or cervix cancer. She named her research ‘Womb and the women’.She has also hosted this February 2017,The 8th International META-Health conference in India, Mumbai,for the first time. The speakers from various parts of the world like India, UK, Germany, Japan, Serbia, New Zealand, Norway, Czech – Republic, Egypt, Ghana, Canada , Denmark and Netherland took the stage which was aimed at empowering people in their self-development. During the four days of this health conference embraced by the theme of “Transform your mindset for Self-Healing” had various aspects of health covered like, ‘Mind-Body-Soul connection’, ‘New Developments in the field of Health’, ‘Sexual awareness’ and ‘Mental Health awareness’. This conference was followed by four days of post conference workshops being conducted by the specialist from across the globe in their fields. Anu has been a speaker on Meta-Health at Rishikesh, Parmarth Niketan, on October 06, 2012 at the life Positive Expo during the international festival for holistic Living with life positive, She was a speaker at Zambala spiritual fair at Goa in 2013 organised by 70 Event Media Group, she has been the speaker for the Spiritual Newspaper ‘The Speaking Tree ‘ Akasha in 2014 at Habitat Centre and later at Epicentre Gurgaon. She is a regular speaker for ‘The Health library’ [ You can find her talks by typing – Anu Mehta – Help Libraray talks video] which is the help free library at Mumbai. She has also been a speaker at various rotary clubs across India. She runs her regular workshops on META-Health, Emotional Freedom Technique , Matrix reimprinting at Mumbai and Delhi.