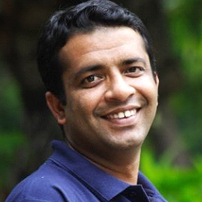 Popularly known as the Clothing Man, Anshu has done his Mass communications twice and masters in Economics. Starting as a freelance journalist, Anshu left a corporate job in 1998 and founded GOONJ with a mission to make clothing a matter of concern and to bring it among the list of subjects for the development sector. An Ashoka Fellow and the Global Ambassador of Ashoka, Anshu is creating a mass movement for recycling and reuse of tones of waste material by channelising it from the cities to the villages, as a resource for rural development. A powerful and inspiring speaker, Anshu addresses many national and international forums to bring clothing on the development agenda and to motivate the youth to take action. He is a regular speaker in many parts of the world on innovation, leadership, village development, power of youths and social entrepreneurship.