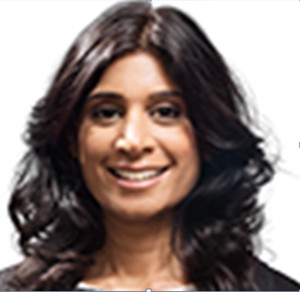 Anoli applied Reality TV principles to corporate video storytelling. In 2005, Anoli co-produced her first feature film “The Hangman” with Om Puri (known for The Hundred-Foot Journey and Gandhi). Anoli has also produced hundreds of commercials, public service announcements and live events since. In 2011, Anoli co-founded Think Reel Films, an innovative production house based in Little Falls, New Jersey. Her small but spirited company has grown exponentially in its three years of operation, assisting with successful ad campaigns throughout the state of NJ.
Anoli also finds time to give back to the community as an active member of the US Pan Asian American Chamber of Commerce (USPAACC-NE) Regional Board of Advisory Council, aimed to assist Asian-owned small businesses to flourish in North America. One of Anoli’s favorite ways to spend her free time is on the slopes skiing with her adoring husband and their extremely energetic three teenage boys.