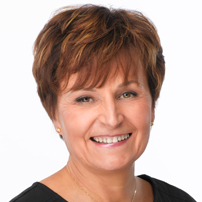 Ms Jaatteenmaki worked as a lawyer before becoming a member of the Finnish parliament in 1987. During her political career, she has acted as Prime Minister, Minister of Justice, and as Speaker of the Finnish Parliament.

Jaatteenmaki has also been the Vice-Chair of the Finnish Delegation to the Council of Europe, the chair of her domestic party, the Centre party, being the first female leader of a major political party in Finland.

During her years in the European Parliament, Anneli Jaatteenmaki has worked to improve transparency, promoting good governance and better administration. In the Parliament’s environment committee, Jaatteenmaki is interested in issues linked to public health such as food safety and chemicals legislations.