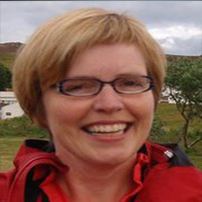 Annadís Greta Rúdólfsdóttir is an associate Professor at the Faculty of Education, University of Iceland. She studied at the London School of Economic and Political Science and completed her PhD in Social Psychology in 1997. She worked in the UK for 10 years, first as a lecturer at the department of Social Psychology at LSE (1999-2000) and then as a senior lecturer in social psychology at the University of the West of England (UWE) (2000-2009). She was the Studies Director of the United Nations University Gender Equality Studies and Training Programme (UNU-GEST) between 2009-2015. Dr Rúdólfsdóttir has done extensive research on gender, in particular the ways in which gender relations are played out in structural and institutional domains such as the family, media and health care system. She is currently writing about “young feminist movements“ with Ásta Jóhannsdóttir and conducting research on young femininities and masculinities in Iceland.

The title of my presentation would be „Young women and feminism in Iceland: The #freethenipple movement in 2015.“