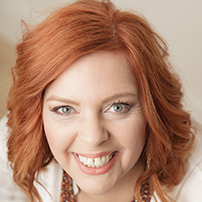 leadership and entrepreneurship, Women with Altitude

From her early career Andrea was destined to inspire women. In the early 90’s Andrea took on the personal development industry, coordinating events with 200 participants at a time with Insight Seminars based in Sydney. Sales, marketing and events were the natural progression when she moved to Business Development role for large hairdressing wholesaler whose business owners were 90% women. This was where Andrea’s love of networking and business development flourished as she helped salon owners connect with other businesses and create support and opportunity.
During this time, her son was diagnosed with the little known Tourette Syndrome, which Andrea studied to learn more about, and subsequently began counseling parents and school teachers on behaviour’s and expectations of Tourette Syndrome, and published newsletters for Tourette Syndrome Association of Australia.
In 2001 just after the dot com crash, Andrea started an online gift company called The Complete Basketcase with a friend. From meager investment and working underneath her friends house, Over the next few years they grew from zero sales to a 3 million dollar turnover, with offices in Penrith, Melbourne & New Zealand, a full time staff of 8, which expanded to 40 during the peak season.
Alongside starting a new business, in 2002 Andrea started Women with Altitude. A network for women in business, she set up with a non-profit model to give back to the community. It was the first Women’s network in NSW. WWA was a great success and had branches in Castle Hill The Blue Mountains, Parramatta and Penrith. Charity balls, fun events & local awards gave WWA a unique place in the hearts of women in our region and really confirmed Andrea’s passion to support women to succeed. Over 40,000 dollars was contributed during this time to various charities.
During this time of running 2 small businesses, Andrea had a daughter born 10 weeks premature and with several health issues, and spent 10 weeks in intensive care. A second daughter followed 16th months later and to say that Andrea was stretched a little thin was an understatement. choosing to close down Women with Altitude at the time to focus on one business as a working mother.
In 2010 Andrea sold her share of the Basketcase and in 2012 decided to re-launch Women with Altitude, after discovering that this is where her passion truly lies.
Women with Altitude is now a full time venture as Andrea builds a community that will inspire and connect local women to achieve their goals with a range of events, courses and business development programs.
Andrea is passionate about the culture and theme of her organization:
To bring women closer together in kindness, respect and support. That collaboration, avocation and working together is one hundred times more impactful than competing.
We create welcoming spaces for professional women to connect, with wwa branches in Katoomba, Springwood, Penrith, Hawkesbury, Hills district, Inner West, Macarthur and Canberra and soon to be Wollongong.
Our goal is for our organization to be the go to place for women’s empowerment, leadership and resources for business and professional development throughout Australia.