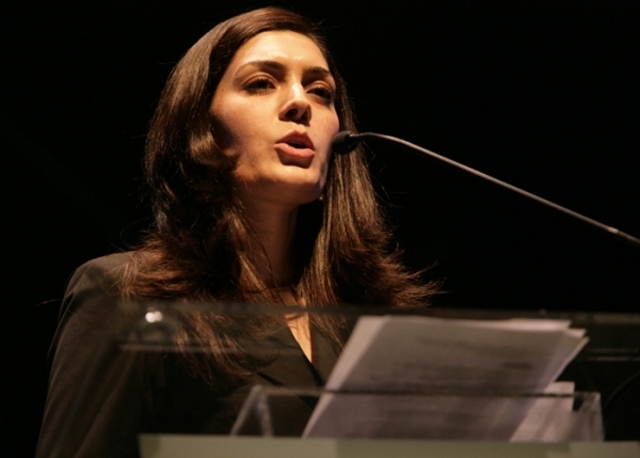 Andeisha Farid spent her childhood living in refugee camps outside of Afghanistan. Her parents initially settled in Iran, where they experienced extremely harsh living conditions, and Andeisha was unable to attend school. When her parents managed to send her to Pakistan to study, Andeisha spent six years living in a hostel that was based at a refugee camp.

While studying in the refugee camp, she made the decision to tutor other Afghani women and children who had no place to learn. In 2002, Andeisha moved to Islamabad to continue her education at the university level. While studying in Islamabad, she began working with a local Afghan community, first as a teacher, and later as administrator and spokesperson of an Afghan school. Also while living in Islamabad, Andeisha became engaged with a non-profit that founded the Child Sponsorship Program in conjunction with the U.S. based charity, Charity Help International. Upon the program’s inception, Andeisha was named Program Coordinator.

After a successful run with the Child Sponsorship Program, Andeisha moved back to Kabul in 2007 and started a new non-profit, the Afghan Child Education and Care Organization (AFCECO). Today, AFCECO runs 10 orphanages in Afghanistan and Pakistan with over 450 children of diverse ethnicities.

In 2008, Andeisha enrolled in the Goldman Sachs 10,000 Women training program, where she says that her management and leadership skills have improved dramatically as has her comprehension of financial management. Since graduation from the program, Andeisha has hired a finance manager to assist her in using her resources more effectively. Andeisha continues to build her skills through the 10,000 Women mentoring program, including her fluency in Dari, English, Pashto and Urdu. She works to secure donations in order to support more children in her orphanages.

In the face of extraordinary adversity and the challenging climate she faces in Afghanistan today, Andeisha acts as an integral part of her country’s efforts to rebuild, educating the next generation of leaders who will lead their nation forward. In addition to providing children a safe and nurturing environment, Andeisha’s AFCECO instills important leadership values of tolerance and an appreciation for education in Afghanistan’s future generations. In this way, Andeisha believes that AFCECO’s principles and policies better position their children for future success, and on an even greater scale, enabling them to shape to a more tolerant and prosperous future for Afghanistan.

In March 2010, we recognized Andeisha for her many contributions with the 10,000 Women Entrepreneurial Achievement Award at our Vital Voices Global Leadership Awards.