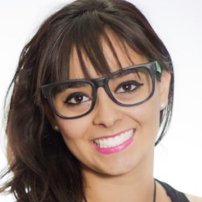 Founder and CEO of Epic Queen, an educational organization that empowers girls through the development of sociopersonal and technical skills giving the tools to build trust to better route their future.
In 2017, it was named as the 20 best educational innovations in Mexico by Ashoka and named by Entrepreneur magazine on its cover as one of the “100 women promise of Mexico”. This year it has been selected as “Young Leaders of the Americas” by Endeavor and Young Entrepreneur Award 2019 by Ashoka and Nestle.
Recently, Exponential Land is a co-founded future education school for children, inspired by the time spent at Singularity University within NASA in 2015.