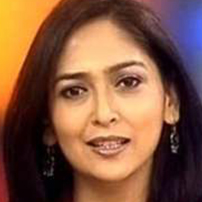 Amrita Rai is also such a figure in India’s media world. She started her career as a journalist in television with BAG Films and was one of the lead anchors of Star News. Later, she joined NDTV. She also worked with CNEB under direction of veteran journalist Rahul Dev for a short period of time before joining NDTV. As of 2016, she is a senior anchor on Rajya Sabha TV (RSTV).
She has quoted Pablo Picasso on her Linkedin Profile as “I am always doing that which I cannot do, in order that I may learn how to do it“.
Amrita is considered a good TV Anchor with a good grip and knowledge of literature and society. She is widely noted for her TV Programme Sarokaar.