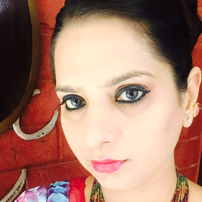 Dr. Amit Kaur Puri has an enthusiastic, energetic style, and maintains a calm and focused demeanor. She maintains personal scholarly interests and activities. She practices being an entrepreneurial facilitator, by assessing options, then make decisions in full knowledge and acceptance of the risks involved. Her goal is to raise the standard, present a clear picture of where the organization is going, and to be an advocate for that direction. She is an adept ethnobotanist, environmentalist and social worker with high caliber experience

She believes that her energetic, positive approach to life high standards of excellence, long-standing passion for and dedication to agricultural science, proven ability to mentor people at all levels, strategic planning, facilitation, and budget and program expertise has positioned him well. She understands how science is planned, accomplished/impeded, reported, developed and transferred into practical technologies, including commercialization where appropriate. She enjoys working with people and creating a friendly, ethical, open, collaborative work environment. She is successful in identifying and solving managerial problems from broad issues in a programmatic manner & takes tremendous satisfaction in guiding, supporting, and developing the success of others.

• Impact of Educational Policies on socio economic status of Women of Mewat, Haryana.(Research in process).