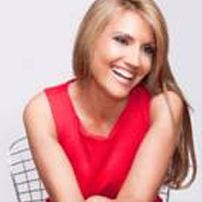 – Amilya Antonetti is one of the most sought after Human Behavior and Conflict Resolution experts in the World. Amilya has helped companies innovate, managed turn-arounds, coached leaders & teams and built the backend businesses of some of the most high-profile clients in sports & entertainment. In a series of successes spanning over 25 years, Amilya has been foundational with business such as: Sharper Image, George Foreman Grill, Cesar Galindo fashions, Yummy fashion, Ninja blender, Cold Stone Creamery, Happy Napper, Kiddie Gym, Listerine strips, Dermafina,,QVC roadshow, HSN, NBA All Stars, WNBA, Jason Flom (Lava Records) and Myos. Amilya has worked and advised on foundational implementations of IBM Watson and Blockchain in both healthcare and marijuana segments. She has developed new business development and revenue streams for celebrities such as Mike Tyson, Montel Williams, Arlen Ness and Billy Mays. Most recently she was engaged under contract as Chief Digital Strategist in the development of initiatives for Steve Harvey and his associated business interests. Bringing a delightful mix of candor, humor and “in the trenches” experience, she leads executives through some of today’s greatest “people” problems. “Through her career Amilya has led and managed over 49,000 people in both American and Internationally around the globe. Amilya’s unique insight into what is required to be successful inspired her to create holistic tools to better serve the blend of individual personalities that make up an organization.” These tools are known as HIQ and can help transform a business.