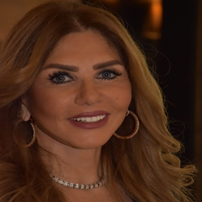 Amel Yehia Khalil, is a prime example of a successful, self-made entrepreneur, and leader by profession, Amel found her true calling during her first years as a girl, full in love with fashion, started to create her own designs and created fashion collections, sold it to boutiques even before she reached to 23 years old.
At 1988 and before she got thirty years old the visionary and brilliant mind, started her professional company VENTI, for three years later she hired an Italian team that initiated the first time ”Fashion-Forward” concept in the Egyptian market. Two stores in prime locations, followed by an expansion plan to reach another two stores in 1992 then got the peak by 1995 to get fifteen stores.
“YES SHE CAN” Innovator for Feminist Contributions
Somebody needs to stir the pot. Somebody needs to be willing to say the things others won’t and somebody needs to do the things that make people shake their head. That’s what’s great about Amel, she keeps things interesting. Within the Arabian and Egyptian world, Amel is considered the instigator/innovator for Feminist Contributions, through “women empowerment Policy” that she leads by her organization “VENTI”. Amel decided to hire a single mothers (in the middle of nineteenth), women all production process, giving flexibility and leadership to get all women/stakeholders even work from their homes.
By this values and ethics, and solid leadership “VENTI” got the peak by opening new stores to expand the empire by the beginning of new millennium to be 27 stores in prime locations in Egypt and two stores in KSA, Venti also expand their manufacturing platform building two new factories.
In 2001 Egypt sign the GATT agreement. What is called in media “Egyptian Great Depression” Many factories in Egypt close and most of business leaders had to release their employees and reduce costs VENTI was faced with the responsibility to close 2 factories and sell all the stores
“Why we fall? So we can learn to pick ourselves up”
In 2005 Amel, chose to think smarter not harder, and decided with her vision to analyze’ the market needs, competitors, and remind herself with her self-motive “Yes I Can”, she started a campaign “to survive you need to innovate” and VENTI started over by cutting-edge technology to comeback on the track.
VENTI. Now has prime locations in prestigious malls, with niche products and blue ocean strategy and has created the standards for “fashion-forward” industries in Egypt.
Amel and her Infinity stones
First infinity stone that she used is “Time Management” , over thirty years she did her best as a responsible mother, CEO, effective community member smoothly without any conflict of interest, raise up her only three daughters, with same ethics and feminist manners . Each one of her daughters is an entrepreneur for different business activities.
Second infinity stone is her personal healthcare, by her solid commitment to daily regime and sports exercise.
Amel quotes
“Do what you love, and success will follow. Passion is the fuel behind success”
“you need to start work with the idea that we’re going to learn every day, I learn even at my position , every single day”