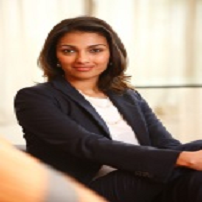 Ms. Ameera Shah is the Managing Director and Promoter of Metropolis Healthcare Ltd., a highly respected and multinational chain of diagnostic centers.

Ms. Shah has evolved Metropolis from its single pathology laboratory status to a fully integrated multinational chain of 137 diagnostic centers and 1000 collection centers across the globe. Metropolis delivers over 15 million tests a year, catering to more than 10,000 Laboratories, Hospitals, Nursing homes and 2,00,000 Consultants. With 34 years of experience in delivering accurate reports, Metropolis has earned the reputation of being India’s leading and only multinational chain of diagnostic centres with presence in UAE, Sri Lanka, South Africa, Kenya, Mauritius and Ghana.

She has revolutionized the pathology industry from being a doctor led practice to a professional corporate group in an extremely unregulated, competitive and fragmented market. Under her leadership, Metropolis has been the first to create a sustainable business model for pathology, the first to traverse in to emerging markets & the first to implement global standards of quality in all its processes & systems.

Ms. Shah received a degree in Finance from The University of Texas at Austin and has also completed the prestigious Owner-President Management Program at Harvard Business School.

Ms. Shah is an eminent industry spokesperson and has been featured as a speaker in various National and International forums, industry events and conclaves. She has been a key-speaker at prestigious events organized by IIM- Ahmedabad, Harvard Business School, TedX, CII and many such reputed institutions. She has also been elected the Secretary of the IAPL (Indian Association of Pathology Laboratories) and is the Chairperson of the ‘FICCI Health services Western Subgroup’ that drives policy decisions at the Center. Ms. Shah is an independent director on the board of several reputed companies and she is also an advisor to many educational institutions.

An International & National award winner, She was conferred with ‘The Young entrepreneur of the Year Award’ by GE in 2006 and ‘The Young Achiever of the Year Award’ at the CMO Asia Awards in 2011. She was also the recipient of the prestigious ‘Young Entrepreneur of the Year Award’ in 2011 organized by Entrepreneur India and Bloomberg. She has been honored with ‘Exemplary Women Leadership award’ at the World Women Leadership and Congress awards 2014. She has been chosen as one of the most respected leaders under 40 years by Economic Times & Spencer Stuart (2014). Recently Forbes Asia listed Ms. Shah in the Asia’s Most Powerful Women 2015 for powering the rise of Metropolis Healthcare and brining a significant shift in the diagnostics industry. She is one among the only 12 Indian Women to be featured in this globally acclaimed list. Ms Shah has also been featured in the acclaimed ‘Young Global Leader’ list brought out by the prestigious ‘World Economic Forum’ in 2015.