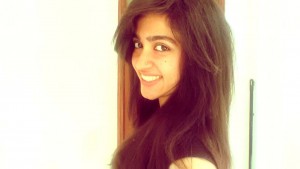 Born into a family of riders, Ameera Nanki Singh Pasrich has been riding since early childhood. Her training began at the age of 7, when she joined Beeya’s Riding Facility (BRF). She participated in the APRC and Delhi Horse Shows and at the age of 9, won her first medal in the children’s hacks after which there was no looking back.
At the age of 10, she participated in the JNEC in Kolkata where she won a National silver medal in dressage (team event). Ameera also participated in the 2011 JNEC in Mumbai and the dressage competition of the FEI. At the Bangalore JNEC in 2013 Ameera won the Gold IN Dressage and a National Silver Medal. She also began to jump and was complimented by veterans on the ease and style she displayed.
In 2011 Ameera moved to Mayo College Girls School and immediately her passion for riding was recognized. In 2012 she was awarded the most promising rider trophy and in 2013 and 2014 she received the Excellence in Sport Trophy. In 2015, she won the gold in the 400-m sprint in Rajasthan and was once again awarded the excellence in sports trophy.
In 2016 Ameera won a gold in the junior hacks, gold in the open hacks, silver in the ladies hacks, silver in the confined hacks, bronze in the confined dressage, bronze in the junior dressage and bronze in junior dressage (team). She made her debut in 2016 playing at the Junior Indian Polo Association Championship.
Ameera has been training with Diane Followell from England to enhance her riding skills and attended a camp organized by the 61st Cavalry in Jaipur taken by A german trainer.
While other children were reading fairytales, this junior Rider has been consuming horse encyclopedias. The love of her life was a mare called “Basanti” who she claims is the reason riding became so important to her. Additionally, Ameera also sings, participates in mock united nation conferences, participates in creative writing competitions and enjoys clay modelling.