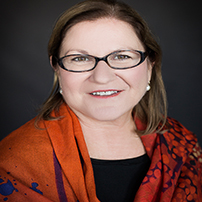 Amanda is from the Wonnarua nation – traditional owners of the Hunter Valley in NSW. As with many Indigenous people, Amanda has broad connections across the country.

Amanda has more than 35 years’ experience in the mining industry, both in Australia, Africa and Canada – working for Blue Chip miners such as BHP, Rio Tinto and WMC. In 2004 she founded her own Engineering business in the Pilbara – Maxx Engineering which was sold to a large international company in 2015. In early 2017 she founded an Indigenous engineering companies – supporting Aboriginal people in business (and developing people in the mechanical space), located in the Pilbara.

In 2014 she was awarded the prestigious ‘Indigenous in Business’ Award at the Ethnic Business Awards at the C20 in Brisbane (for Maxx Engineering), a finalist in Telstra Businesswoman of the year, and a number of small business awards in regional WA.

Amanda developed Kirrikin in late 2014, and is a social enterprise sharing profits with the artists – to address shortage of authentic Indigenous products. Kirrikin digitally prints gorgeous Aboriginal artwork onto luxurious Cashmeres and silks, turning them into scarves and ties, and more recently developing a resort wear line intended to attract further attention to the brand. Rapidly developing an international reputation for its beautiful products, Kirrikin is popular in the USA and Europe as well as at home in Australia.

Kirrikin won an Ecommerce award through the Export Council of Australia, and is a finalist in the national awards in 2016. In 2018 Kirrikin again won an Export Council award in the Creative Industries field.