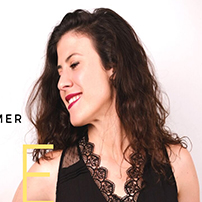 Alice is a talented international pop singer from France.
She was born in Paris in 1988. After learning classical piano and vocal from an early age, she studied Performing Arts in Paris and Belarus. Her first vocal lesson was in Russian language.
While travelling to different locations such as Monte Carlo, Moscow, Prague, Marbella, and Paris, she realized performances in French, English, Spanish and Russian interpreting the best of Edit Piaf, jazz and Latino music.
She has started to compose and produce her first album Lâcher Prise (Let it go) in 2018 and performed in Cannes, Monaco, Paris, Geneva, Lyon and soon in Los Angeles.