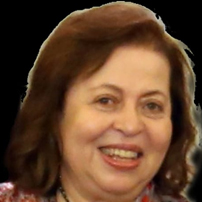 Aliaa is a professor of Anthropology at Ain Shams University, Women’s College, established the Human Foundation (an NGO), and co-established women’s activities within the Egyptian Society for Spiritual and Cultural Research (ESSCR). She teaches Analytical Psychology (Jungian psychology), training trainers for spiritual guiding, serving multi purposes. She wrote books that were published in India, Japan, Morocco, Canada, and USA, and numerous academic articles in Arabic and English. She authored and co-authored several books, among which is “The Root of All Evil: An Exposition to Prejudice, Fundamentalism and Gender Bias” (2007). She shared in editing and wrote a chapter in “A Force Such as the World Has Never Known: Women Changing the World” (2013). She participated in a cultural project initiated by Master Ali Rafea, and co-authored with him and Aisha Rafea several books. She translated and commented on C. J. Jung Memoire, Dreams and Reflections (2015), and wrote about her spiritual development in an autobiography INSIGHT (2016), and a biography for her father (2017). She worked as an expert for an Arab League Project. She wrote tens of articles in different News papers. In 2002 Prof. Rafea was a visiting professor at Randolph-Macon Women. She is a member in several academic societies. She joined the Global Peace Initiative Women, and share them visits to Japan, Kenya, Morocco. She awarded a prize from All Ladies League (2016) for her contribution to Human Unity.