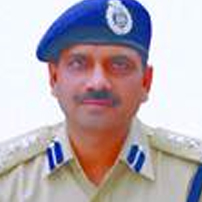 Ajay Chaudhary, a 1996-batch IPS officer, is joint commissioner of police, New Delhi range. Chaudhary will also head Delhi Metro and Railway police.
Chaudhary is an officer awarded with President’s Police Medal for distinguished service. He was earlier an OSD (officer on special duty) to Lieutenant Governor of Delhi. He was also Additional Commissioner of Police, South East Delhi.

He is known for his inspiring initiatives in community-based policing, fostering trust between people and police force, and various public-police joint programs to increase wellbeing, employment, awareness and constructive thinking especially among the youth. An eloquent speaker and writer, he is known for his down-to-earthedness and humble dedication to his work guided by the credo that anyone who is aggrieved must be given hope and help at all times.