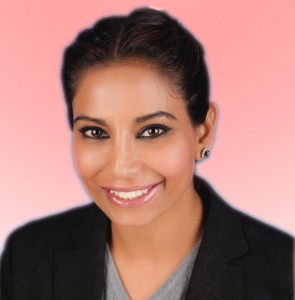 Aisha is an accomplished young leader across law, politics, media and international relations. Aisha has a strong focus on Interfaith Dialogue and Multicultural Affairs, and works passionately on building productive relationships between communities and cultures. Aisha’s work with women from ALL countries is her passion and purpose in life as she believes there is nothing more powerful than women helping women, because when they do with the solidarity of sisterhood, amazing things start to happen. Small ripples become miracles which flow forth, spreading more goodness and lifting others on the way.
Aisha is the Chairperson of All Ladies League (NSW Chapter – Australia), an active member of the NSW Labor Party Women’s Forum and was the Vice President for Women in Film and Television NSW. She was the youngest member invited to a Muslim-Jewish leaders Delegation to Washington DC by the Foundation for Ethnic Understanding, and has also participated as a delegate of the Australian-American Young Leadership Dialogue.
Aisha’s work with Parliamentarians, senior Government officials, Business, Religious and Community leaders has been instrumental in developing initiatives and policies to benefit sub-continent communities. She regularly takes delegations to Parliament House to meet with Ministers and engage in direct dialogue to enable more awareness of community concerns and needs. She has organised, hosted and spoken at numerous cultural and political events as a way of building bridges between and beyond different community groups to create greater cohesion and co-operation, especially amongst women. She was the youngest member on the Federal Government’s Sub-continent Ministerial Consultative Committee, and also a Youth Ambassador at the inaugural India Australia Business and Community Awards. In 2014 and 20145 she accompanied the Shadow Minister for Multiculturalism and Citizenship (Michelle Rowland MP) on two separate delegations to India aimed to strengthen business, diplomatic and political relations. This included attending high level meetings with Indian Ministers and CEO’s at Vibrant Gujarat and Pravasi Bharatiya Divas. She was a board member of the Sub continent Friends of Labor, as well as the Information/Events Officer for the Pakistan Association of Australia.