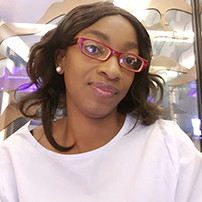 Funke Osae-Brown is a senior journalist and founder, The Luxury Reporter, a luxury lifestyle magazine focused on reporting the luxury sector for the discerning man or woman with taste for rare quality.
She is a former deputy editor, BusinessDay on Sunday/former Editor BusinessLife with BusinessDay Newspaper. As a business and lifestyle journalist, she has covered the arts beat for more than a decade reporting on the visual and performing arts, music, Nollywood, fashion, travel and tourism.
Her new-found interest is in the emerging Nigerian luxury sector. With her online magazine, The Luxury Reporter (TLR), www.luxuryreporter.ng and quarterly print edition of TLR launched in January 2018, she is on a journey to discover local African luxury brands. TLR has nearly a million hit between January and May 2015. She is also partner of the annual The Luxury Lifestyle Summit, a luxury lifestyle summit and exhibition event.
She was once the editor of the famous youth magazine in Nigeria ‘NaijaTimes’ and was a freelance correspondent for the African Review owned by The Nation Media Group in Kenya. She used to write for Essence Magazine, South Africa and South Africa In-flight magazine, Sawubona.
She was nominated in three categories of the Nigerian Media Merit Awards. She was also a 2013 finalist at the Diageo Business Reporting Awards in the Best Business News category.
She was a recipient of Best Arts and Culture Reporting 2013 at the Annual Mother Drum Golden Awards organised by Mother Drum Foundation. She was the Future Awards Journalist of the Year, 2009.