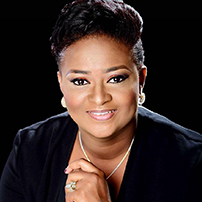 Ronke Adeniyi, fondly called RonkePosh is a fun loving, energetic and enthusiastic lady, a lover of God, a wife, a biological mum to the most beautiful and adorable 14 year old in the whole world; and a mother to loads of children in her care.
RonkePosh attended Queen’s college, Yaba, Lagos where she graduated with 7 distinctions and then moved to the United Kingdom for her A’Levels in Physics, Chemistry and Biology.
After her A’Levels, she went on to complete her degree (a BSc in Biochemistry) from the Queen Mary University of London and then a Master’s Degree in Business Administration from the University of Hull in the United Kingdom.
RonkePosh has vast experience in the UK Banking sector having worked in banks like Barclays Bank, Santander, Royal Bank of Scotland, Citibank, etc.; the Education and Children’s Entertainment sectors.
RonkePosh also is a certified and experienced Montessori Directress, she received her training from the Modern Montessori Institute in London and holds a Post Graduate Diploma in Education. She enjoys working with children and continues to develop herself in this area.
RonkePosh has also trained many teachers so they can be more effective in facilitating their classes and to enjoy transforming the lives of children. Some of the courses she has delivered include the Phenomenal Circle Time, Get Techie in the classroom, Creative Writing, Early Years Foundation course, Mindset Makeover, etc.
She is an Education entrepreneur who loves to empower and motivate the young and old to greater heights; especially women.
She owns the best preschool and Primary school in Ikoyi, Lagos, Nigeria called Le Poshe School.
RonkePosh also runs a Children’s Entertainment Company called PoshPartyPacks.
RonkePosh is the Founder of the Helps at Homes Initiative (now a subsidiary of her Parent Right Group) which focuses on Parenting in the 21st Century and the proper recruitment of domestic workers in homes in order to prevent risks to families.
She is passionate about the subject as a result of being a victim herself after she relocated to Nigeria from the United Kingdom. RonkePosh has a keen interest in protecting children who are often the victims of dangerous domestic workers.
RonkePosh is also Parenting Practitioner, a certified Family Life Therapist and Practitioner of Neuro-Linguistics Programming (NLP). She uses these skills and tools to coach and support parents in her Parenting Facebook community called PARENT RIGHT!!! She runs training courses online and offline and she is also a Public Speaker.
RonkePosh has been featured on many platforms such as NTA, TVC, Guardian Newspaper, Nation newspaper, and several blogs.
She is also the author of the best-selling book for kids, Right Kid 101.