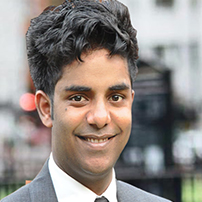 Aakash Neeraj Mittal is an alumnus of IIT Kharagpur who grew up in Delhi. Living amidst constant crime reports and women’s safety issues, he was inspired to write a novel based on his close friends’ experiences in Delhi. With the intention of being a women’s activist and bringing a change in the society, he wrote and published his first novel, “It Wasn’t Her Fault”. This book is based on a true story about a girl who was raped at the age of 15. The book condemns social stigma attached with the rape survivors and the culture of ostracizing and shunning them. Aakash strongly feels about this topic and has written this book to denounce the existing malpractices targeted at women in our country.
He is also a TEDx Speaker and the creator of the Flipkart Resume, through which he broke the internet in March 2016. Rising above the monotonous format of CVs, he ‘put himself up for sale on Flipkart to get a job with them ‘by photoshopping his resume’ to fit the Flipkart’s product page format. Aakash was featured by more than 100 media outlets and magazines including India Today, The Huffington Post, Economic Times, The Hindu, IBN7, Livemint, Entrepreneur. He has also been invited for guest lectures at various colleges, schools and events. Currently, he lives in Bangalore and works for a high-tech electric mobility company as a Chief of First Impressions.