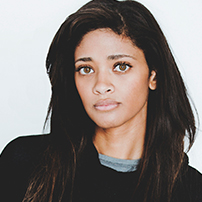 Sarah Jones is an award winning journalist with a large social media presence and a decade of experience in mainstream TV news. She is one of the top twenty North American Young Leaders chosen by Friends of Europe. And was selected as one of the top one thousand most influential Twitter profiles. On more than one occasion Sarah has been invited to advise senior level military planners and government officials – in the US and allied countries – on social technologies. More than 70,000 people follow her under reported news tweets on Twitter and in 2014 she was voted Best Journalist in Social Media by a panel of industry leaders. Sarah is a two time International Reporting Project Fellow and has also won awards for her still photography. For the last three years Sarah has been a Skoll World Forum Delegate and Online Media Awards judge. She also founded the international moment of silence and online event to help remember fallen journalists with co-partners like the Committee to Protect Journalists and the UN Foundation’s Plus Social Good. The event reached over 9 million people in it’s first year and in person events were held around the world. She is a graduate of City University London’s International Broadcast Journalism master’s program, which she received with merit. On a personal level Sarah is passionate about social entrepreneurship, access to education, women’s rights, access to clean water and sanitation and ethical fashion/products (she was featured as a fashion site’s muse).