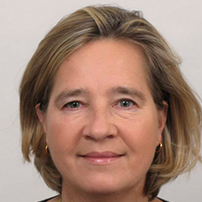 After graduating in Economics (1989) I worked for 20+ years in development
cooperation: around 10 years mainly with UNICEF in Africa, where I also lived; and after graduating in Health Policy, Planning and Financing at the LSE in London (2000), around 10 years with NGOs, mainly at PharmAccess Foundation. Due to illness I was forced to stop working. In the period 2013-2017 I supported a heavily traumatised, illegal African refugee in his attempt to obtain a permit to stay and acted as a voluntary caregiver. The book I wrote about this experience is currently in its final stages of preparation. Earlier I also wrote as a free-lance journalist for a Dutch magazine on development cooperation. I intend to continue writing and to engage in work for a social goal.