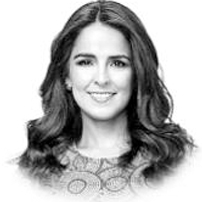 Claudia Isabel Palacios Giraldo is a Colombian journalist and newscaster. She is best known as the weekend news anchor on CNN en Español, a position she held from 2004 through 2012. She is currently both a news anchor on CM& Television in Colombia and a journalist for the Colombian magazine El Pueblo. Claudia lived in Palmira, a town near Cali, until she was 15 years old. She graduated from the Colegio del Sagrado Corazón de Jesús. She then earned a degree in journalism from the Pontificia Universidad Javeriana in Bogotá. She started her journalistic career on Noticiero del Pacífico at Telepacifico, a regional TV station, where she reported on the environment for Dagma, a weekly program produced by the University of Valle’s UVTV. Later, she joined the Noticiero CM& newscast, where she covered a variety of important events including several official presidential trips, union marches, student protests, and congressional sessions.